Cape Coral Mayor’s Scholarship Fund two-year and four-year recurring scholarships have a real impact on the lives of Cape Coral students throughout their post-secondary education. 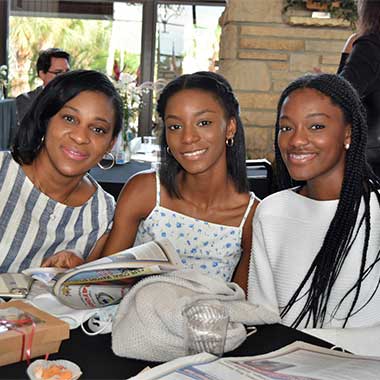 In September of 1982 a meeting was held for the express purpose of forming an organization to raise funds for scholarships to be awarded to deserving Cape Coral students. Attending the meeting were former Mayor Price, then detective Roger Butler, John Crawford, John Thinnes, Jim White and Lee Blyer. As a result, articles of incorporation were drawn for the Cape Coral Mayor’s Youth Fund. The first two scholarships of $125 each were awarded in 1983.

In 1995, we were incorporated, changed our name to Cape Coral Mayor’s Scholarship Fund, Inc., and obtained a 501 (c) (3) status with the IRS. Scholarship donations are tax deductible and come with the satisfaction of knowing you are helping shape our future!

The major source of funding to award annual scholarships comes from the generous support of our community businesses and individuals. Sponsorship levels are available, but every dollar is important to helping as many students as possible achieve their educational goals. A few fundraising events have been solid contributors through the years including Theatre Night, The Mayor’s Ball and our annual Golf Tournament.

Hit enter to search or ESC to close